The undermentioned prices are just an indication and not accurate. For more details, please contact the outlet directly.

Buy a membership & get exclusive access to Fitsquad to Earn ₹25,000 worth of rewards

We have received your membership request at Red Gym, our team is working will connect with you shortly

Add swag to your workouts by getting exclusive fitness merchandise FREE on membership purchases via Fitternity.

Here’s what you get as per your purchase value The trainers only look for personal training cleints. Except for one of them. No one is interested to help, you have to keep asking them if wat you are doing is right. They really need to improve customer service, and they have to maintain the gym. Water is leaking in the training area from above, the cardio mahines are risky to use. Really this gym needs good maintenance. And better general trainers who can help out customers without asking money to personal train. A little help should be enough but is needed. Please note red gym!!!

Worst gym...trainers r busy in pubg and the owner busy smoking something outside the gym. Staff and management to rude.Plz do not join... myself experience

The worst gym ever. Genuine recommendation for anyone not to join this place. No maintenance. Neither the trainers (specially trainers) nor the Management nor the admin.. nobody has the etiquette to talk to clients. They will never do what they commit. They don’t care a damn of what client requirements are.

Opted for their one free trail. The gym is not more than 500 to 600 sqft. There is a ventilation issue. Their cardio machines are not maintained.

Passion and perfection are too precious terms that are managed by Red Gym. Sanjeev Chadha was terribly disappointed that all the much-touted gyms would not permit him to train with his personal instructor: the only person who knew his body,mind and motivations. Why would he entrust his passion to a stranger, especially someone whose interests were mostly about many and money than him. So he decided on the Twogether concept gym.

You just can't join Red Gym without a personal trainer. If you are new to fitness training and bodybuilding, they source a trainer best suited to your needs. And if you have been training earlier ensure your collaborator always accompanies you. Simple but satisfying and very efficient for the client.

Sanjeev Chadha's passion for fitness and bodybuilding has been on simmer for a long time but in recent years it has ignited and subsumed him. The accolades have been varied and many: Mr. India, in the Master's category for three years in a row from 2009 to 2011.4th at the Asian Championships held in Bahrain, 12th in the World Championships in Poland and a lot more. Enough for the average Joe to hang up his boots. But instead, Sanjeev decided to set up a game-changer gym.

We have sent you a SMS with the verification code

Want this number on SMS?

The phone number has been sent to your mobile.

Want this number on SMS?

The phone number has been sent to your mobile.

We have received your request for visiting Red Gym. 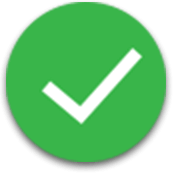 Thank you for your feedback. We will take the required action.

If you find this content inappropriate and think it should be removed, let us know further details. We will take proper action basis your feedback .

You won't be able to dismiss this by usual means (escape or click button), but you can close it programatically based on user choices or actions.

Your request has been submitted.

We will get in touch with you on  &nbspor  &nbspas soon as possible!

Oops! There was an error in submitting your request.

Do you own this Fitness Destination? Claim this listing in order to manage your Fitternity page. Delight your customers with relevant information filled with interactive content.

Thank you for sharing your details. We will connect with you shortly & get your fitness journey started at Cult

Most effective way to avail a membership at

Most effective way to avail a membership at

Everytime you want to workout, you can prebook your sessions only on Fitternity app or scan the QR code available at the gym/studio.

Check the workout counter in your Fitternity profile.

Don't lose out on your workout with easy cancellation until 1 hour prior to your session time. Available only on Fitternity app.

T&C Apply- Direct entry without booking or scanning a QR code at the gym will not be facilitated.

Experience fitness like never before
Not a Membership, Not a Pass - Even Better!

Pay only for the days you workout
(No membership required)

Book at the same gym/studio multiple times
without any restrictions

Book, Reschedule, Cancel on the go

Book, Burn & get rewarded on every workout

Get exclusive access to extending your membership to complete all your sessions. So don't worry if you miss any of the class, we have got you covered!

Upgrade to Membership+ powered By OnePass by Fitternity

What you get in Membership+?

Why upgrade to Membership+?

Take a virtual tour of this place

Book a session with

Workout at home and continue your fitness regime
x
Didn't find what you were looking for ?

Thank you for your details. We'll get in touch with you shortly!

What is a Cult Pass?

Cult Pass gives you access to <Gym>  and select top gyms in your city. Along with the ability to do equipment based workouts under the guidance of Cult certified trainers, you can also enjoy other services these premium gyms have to offer, with your Cult Pass.

What can I expect with my Cult Pass?

Cult certified trainers at gyms to assist you when required

Personalized workout plans based on fitness levels and goals

Enjoy group workouts with best in class trainers at 200+ Cult centers across India with one Cult membership. Each center offers a range of group workout formats like Yoga, Boxing, Dance Fitness, HRX and Strength & Conditioning (S&C) which are great for beginners & fitness veterans which show guaranteed results.

What can I expect?

Offers Available
(You can avail these offers while purchasing on checkout)